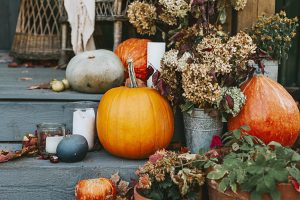 Pretty much as soon as the pumpkin decorations show up on the shelves, folks start asking for help with their kids in high school. School has barely started and the problems have already begun. The parenting teens groups on Facebook fill up with posts from frustrated parents looking for advice, solutions.

What’s heartbreaking is to see so many frustrated parents recommend  punishment, restrictions, grounding, and taking things away. In my experience, I have rarely seen where any of this helps. Usually, it all just escalates the tension and further alienates the teen.

Let’s consider for a moment your child isn’t actually the problem. They aren’t lazy. They aren’t dumb. And they certainly aren’t doing any of this to punish you. They are quite simply miserable. Unfortunately, misery loves company. It is human nature to bring it home to unleash it in the safe environment.

Instead of punishing the child, perhaps we should turn our attention to high school – the real problem here. For about 20% of the kids – it’s awesome — they actually learn and thrive in this system. For other 80% of the kids, it sucks, and for a whole list of reasons.

At it’s core, this system is fraught with problems and the subject of some serious debates on how to fix it. Personally, I don’t think we need a reform, I feel like we need a revolution. To understand the underlying issues, we should consider the origins of school. This is a system conceived in the economies of the Industrial Revolution with the ideas of intelligence developed during Enlightenment. It’s a system of conformity—kids pushed through in batches by age, taught the same thing, at the same times. Standardized tests were developed prove the efficacy of the system with so much emphasis and focus now put on these tests that “learning” has been diminished to memorizing the test information. It is a production line system with controls and bells, and the whole broken into separate bits (subjects) that are taught in separate rooms. Adding to these atrocities is the sad fact that the system was built on the idea of social class at the time—that working kids weren’t smart enough to go to college. The “poor” kids were pushed towards the trades while the more affluent were encouraged to work towards college. This practice continued until fairly recently, when the powers that be realized how wrong that was and completely flipped the programming. Trades were pulled from school and everyone was pushed towards college. Except, of course, in the poorest of schools.  The insanity and conformity of this system is wreaking havoc on our children.

If you have more than one child, you know how incredibly different they are. So why are we forcing them to stay in an antiquated educational system that is squeezing them all into one tiny mold in which they do not fit?

Not only does school not fit the students, it is also completely ineffective in today’s world—in our new global market—rendering it completely useless in preparing youth for life, work, and taxes. If you have read any of the latest feedback from colleges, public school has actually become ineffective at preparing teens for college as well. It has one job and it cannot even do that. What’s even worse is while it struggles to justify itself, it degrades and diminishes the youth that don’t fit.

Your child, like so many others, is done with it. Their boredom, frustrations, fears, anxieties, and loathing are at a boiling point. Before freaking out because your kid is failing, or skipping, not applying themselves, or the myriad of other things we frustrated parents think we see as the problem, I suggest trying another approach. Let’s find out what they really need. What they want. If they didn’t have to go to school, what would they rather be doing? What are their interests?

Consider for a moment, that all of this stress is completely unnecessary. They would most likely do a whole lot better outside those walls. We have all been brain washed into thinking that high school is the only answer and without it, they will become total losers and suffer an eternity of bad jobs and low income. But it simply is not true. I know tons of successful people who skipped all or most of high school and not only did just fine, but thrived.  I haven’t met one yet that wished they kept sitting at those desks having disconnected, out of context information crammed into their heads.

Am I preaching to the choir? Perhaps if you are reading this, you already have a basic understanding of your teen’s frustrations and the underlying cause(s). The question that I then put to you is what are you going to do about it? Perhaps that question leads to another question: What CAN you do about it? School is compulsory, after all.

Believe it or not, there are a number of options. Legal. Viable. So much better. Let’s talk about them.

Astrolabe Academy is based in New Mexico, USA